The Platte River is a critical stopover for Sandhill Cranes during spring migration. Roughly 80% of the world population of Sandhills – about 500,000 – use this area between mid February and mid March. The stretch of river that remains useful for this species, and millions of other waterfowl, is shrinking as water is diverted for agriculture and development. Climate change to more extreme weather patterns of drought and floods give invasive woody plants the opportunity to become established in the already shallow water and turn once safe sandbar roosts to inhospitable islands of vegetation. 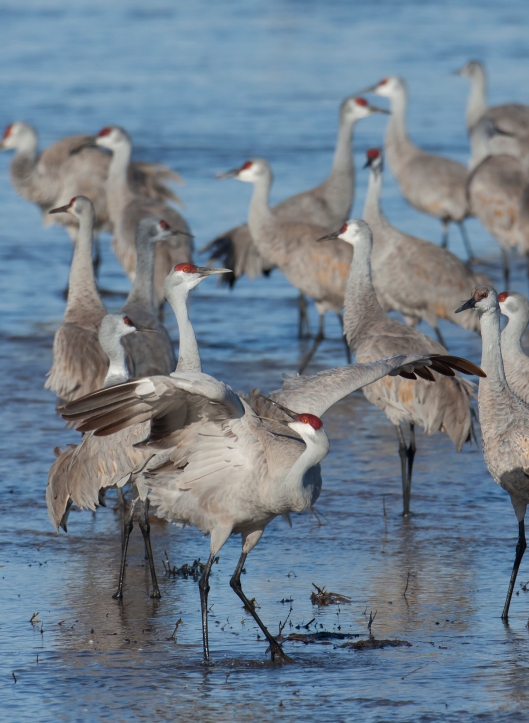 In Grand Island, NE, the Crane Trust is working hard to preserve the natural habitat along the Platte River for both of North America’s cranes – the abundant Sandhill Cranes, and the world’s rarest Whooping Cranes who also rely on this waterway during their 2500 mile migration to Wood Buffalo National Park in Canada.

1 thought on “At the Platte”